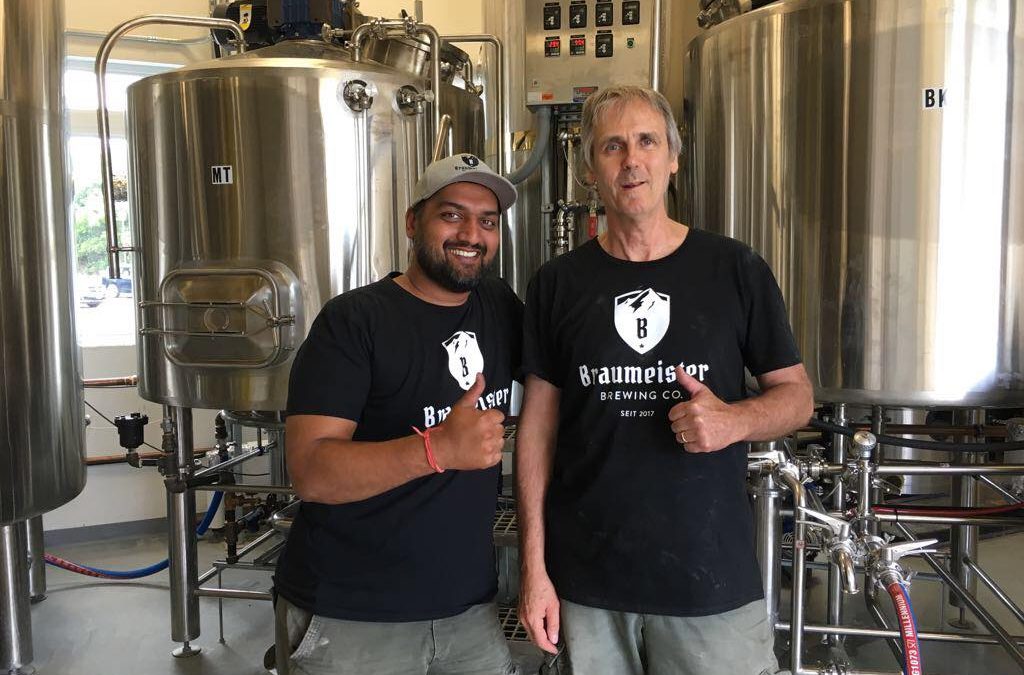 Microbreweries are popping up around the province in record numbers, and Carleton Place is proud to have our own local brewers at the forefront of the movement. Braumeister Brewing Co. is the most recent addition to the Carleton Place beer scene, and with it’s unique  German and Bavarian influences is making an impression on beer lovers both locally and across the province.

Rohit Gupta, the founder of Braumeister brewing company, has combined his love of science and beer to create a  unique and exceptional product. Gupta started out as a homebrewer in Ottawa, but eventually, his passion for science took him away from Canada. Rohit traveled the world for several years and settled in Austria to teach high school science in 2013. While he was there, he often visited the local beer garden, Augustiner Bräu, after work to socialize with coworkers and locals.

The visits quickly became a tradition and Rohit even brought his parents there to try the fantastic beer when they were visiting him. Rohit was at the beer garden with his parents for the second time when he had the idea to open his very own brewery back in the Ottawa region. As they discussed the welcoming atmosphere that reminded them of home in Canada, they realized that there were no beer gardens or breweries in Ottawa that they could think of that had such a great environment. It was this exact discussion that sparked Rohit’s dream to open a brewery.

Rohit returned to Canada in 2017 with a solid plan for his Bavarian-style brewing company. He reached out and grew connections with experienced brewery owners and operators to learn about the business. Once he established the outline of his business, he was ready to build the brewery in Carleton Place and bring a small piece of Bavaria to the Ottawa Valley.

Braumeister Brewing Co. brews its beer with the traditional Bavarian care and precision that has worked for centuries. They promise a consistent and continuously impressive flow of beer in many of Europe’s finest styles.

Sheldon Scrivner is brewing consultant for Braumeister and the man behind the distinct flavour and taste of Braumeister Beers. Born in the U.S.A., Scriver trained at Privatbrauerei Ernst Barre brewery, the largest brewery in Germany. Sheldon has over 20 years of brewing experience and his passion for Bavarian and European beer-making him a great fit for Braumeister Brewing Co.

Braumeister offers a great variety of beers for everyone’s unique taste. The beer is made in house and most are on tap. Cans are also available at Braumeister in the can shop to take home.

Braumeister brewery is focused on producing amazing beer and authentic Bavarian brewery experiences just like those that Rohit enjoyed in Austria.

Braumeister Brewing Co. is located at 19 Moore street and they can be contacted at beer@braumeister.ca. For more information visit their website at www.braumeister.ca.